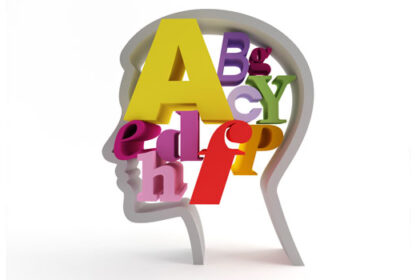 Your son is 2 years old and still isn’t talking. He says a few words, but compared with his peers you think he’s way behind. You remember that his sister could put whole sentences together at the same age. Hoping he will catch up, you postpone seeking professional advice. Some kids are early walkers and some are early talkers, you tell yourself. Nothing to worry about…

This scenario is common among parents of kids who are slow to speak. Unless they observe other areas of “slowness” during early development, parents may hesitate to seek advice. Some may excuse the lack of talking by reassuring themselves that “he’ll outgrow it” or “she’s just more interested in physical things.”

Knowing what’s “normal” and what’s not in speech and language development can help you figure out if you should be concerned or if your child is right on schedule.

It’s important to discuss early speech and language development, as well as other developmental concerns, with your doctor at every routine well-child visit. It can be difficult to tell whether a child is just immature in his or her ability to communicate or has a problem that requires professional attention.

These developmental norms may provide clues:

It’s important for kids this age to be watched for signs that they’re using their voices to relate to their environment. Cooing and babbling are early stages of speech development. As babies get older (often around 9 months), they begin to string sounds together, incorporate the different tones of speech, and say words like “mama” and “dada” (without really understanding what those words mean).

Before 12 months, children should also be attentive to sound and begin to recognize names of common objects (for example bottle, binky, etc.). Babies who watch intently but don’t react to sound may be showing signs of hearing loss.

Kids this age should have a wide range of speech sounds in their babbling (like p, b, m, d, or n), begin to imitate and approximate sounds and words modeled by family members, and typically say one or more words (not including “mama” and “dada”) spontaneously. Nouns usually come first, like “baby” and “ball.” Your child should also be able to understand and follow simple one-step directions (“Please give me the toy,” for example).

Though there is a lot of variability, most toddlers are saying about 20 words by 18 months and 50 or more words by the time they turn 2. By age 2, kids are starting to combine two words to make simple sentences, such as “baby crying” or “Daddy big.” A 2-year-old should also be able to identify common objects, common pictured objects, indicate body parts on self when labeled, and follow two-step commands (such as “Please pick up the toy and give it to me”).

Parents often witness an “explosion” in their child’s speech. Your toddler’s vocabulary should increase (to too many words to count) and he or she should routinely combine three or more words into sentences.

Comprehension also should increase — by 3 years of age, a child should begin to understand what it means to “put it on the table” or “put it under the bed.” Your child also should begin to identify colors and comprehend descriptive concepts (big versus little, for example).

The Difference Between Speech and Language

Speech and language are often confused, but there is a distinction between the two:

Although problems in speech and language differ, they often overlap. A child with a language problem may be able to pronounce words well but be unable to put more than two words together. Another child’s speech may be difficult to understand, but he or she may use words and phrases to express ideas. And another child may speak well but have difficulty following directions.

Warning Signs of a Possible Problem

If you’re concerned about your child’s speech and language development, there are some things to watch for.

An infant who isn’t responding to sound or who isn’t vocalizing is of particular concern. Between 12 and 24 months, reasons for concern include a child who:

Seek an evaluation if a child over 2 years old:

Causes of Delayed Speech or Language

Many things can cause delays in speech and language development. Speech delays in an otherwise normally developing child can sometimes be caused by oral impairments, like problems with the tongue or palate (the roof of the mouth). A short frenulum (the fold beneath the tongue) can limit tongue movement for speech production.

Many kids with speech delays have oral-motor problems, meaning there’s inefficient communication in the areas of the brain responsible for speech production. The child encounters difficulty using and coordinating the lips, tongue, and jaw to produce speech sounds. Speech may be the only problem or may be accompanied by other oral-motor problems such as feeding difficulties. A speech delay may also be a part of (instead of indicate) a more “global” (or general) developmental delay.

Hearing problems are also commonly related to delayed speech, which is why a child’s hearing should be tested by an audiologist whenever there’s a speech concern. A child who has trouble hearing may have trouble articulating as well as understanding, imitating, and using language.

Ear infections, especially chronic infections, can affect hearing ability. Simple ear infections that have been adequately treated, though, should have no effect on speech.

What Speech-Language Pathologists Do

If you or your doctor suspect that your child has a problem, early evaluation by a speech-language pathologist is crucial. Of course, if there turns out to be no problem after all, an evaluation can ease your fears.

Although you can seek out a speech-language pathologist on your own, your primary care doctor can refer you to one.

The speech-language pathologist will also assess:

If the speech-language pathologist finds that your child needs speech therapy, your involvement will be very important. You can observe therapy sessions and learn to participate in the process. The speech therapist will show you how you can work with your child at home to improve speech and language skills.

Evaluation by a speech-language pathologist may find that your expectations are simply too high. Educational materials that outline developmental stages and milestones may help you look at your child more realistically.

What Parents Can Do

Like so many other things, speech development is a mixture of nature and nurture. Genetic makeup will, in part, determine intelligence and speech and language development. However, a lot of it depends on environment. Is a child adequately stimulated at home or at childcare? Are there opportunities for communication exchange and participation? What kind of feedback does the child get?

When speech, language, hearing, or developmental problems do exist, early intervention can provide the help a child needs. And when you have a better understanding of why your child isn’t talking, you can learn ways to encourage speech development.

Here are a few general tips to use at home:

Whatever your child’s age, recognizing and treating problems early on is the best approach to help with speech and language delays. With proper therapy and time, your child will likely be better able to communicate with you and the rest of the world.
Source: http://kidshealth.org/ 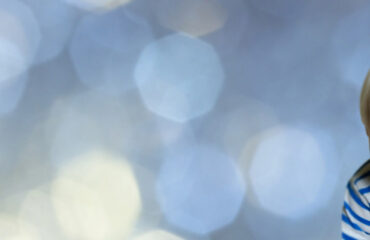 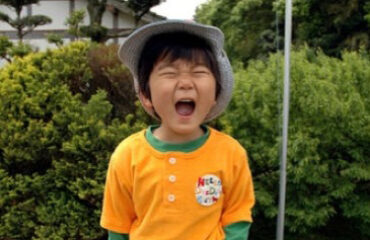 Taking Care of Your Voice