In a country as diverse and multicultural as South Africa it’s little wonder we have eleven official languages. So it goes without saying that your little one will at some time or another either be exposed to or need to learn a second or third language.

There are many questions and concerns around this topic.

“Will learning two languages cause our child’s speech or language skills to be delayed?”

There is no evidence or research to suggest that learning two languages causes language delays. In fact, many children who are exposed to more than one language outperform their peers who only know one language on both verbal and non-verbal tests of intelligence.

“How should we teach our child two languages?”

The first and most important suggestion for parents is to ensure you are speaking a language that you are comfortable and proficient in when communicating with your child. For example, if you are fluent in Afrikaans, then speak Afrikaans to your child.

One method for teaching multiple languages at home is the “One Parent One Language” approach, where each parent speaks a specific language to their child all the time. For example, mom only speaks English while dad only speaks Afrikaans.

“When is the best time to introduce a second or third language to my child?”

The long and the short answer to this question is, when that language is needed. Languages are there to be used, and using them means having a need for them. Acquiring languages has nothing to do with timing and all to do with necessity. Your child will learn Zulu, Sotho, Afrikaans or any other language, whenever he or she finds it useful to learn it.

Are you in the process of teaching or introducing your child to a new language? But still concerned about your child’s language development? Leave a message below and we will contact you. 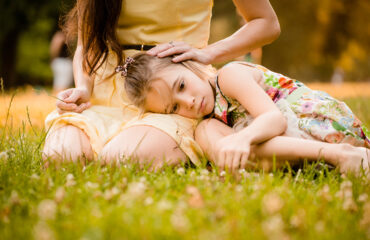